Hannah Metzler was a bright, kind, caring and energetic kid.  She attended Fairport High School and involved herself in Drama, Choir, Field Hockey and other activities.

As she began the school year in the fall of 2012, Hannah began having some dizzy spells.  She got dizzy a couple of times as goalie on the field hockey team (she even let in a goal – ugh!), and she had a fainting spell in Chemistry class.  At first, her parents thought it was a simple case of a teenager not eating and drinking properly, but when Hannah’s handwriting began to suffer, they explored other possibilities.

During an MRI, doctors discovered a brain tumor (Glioblastoma) in Hannah’s lower right cerebellum.  She had immediate surgery and treatments of chemotherapy and radiation throughout that fall and beginning again in the summer of 2013.  Her family explored several clinical trials and treatment options, but to no avail.

Before leaving us, however, Hannah left a lasting imprint on our world.  During her first stay in the hospital, her brother Luke offered to bring his singing group, The Yellow Jackets, over to the hospital to serenade her.  In typical Hannah fashion, she said, “Why not serenade ALL the kids?!”  So, that is what they did.  They serenaded the whole wing of children and another idea was born. 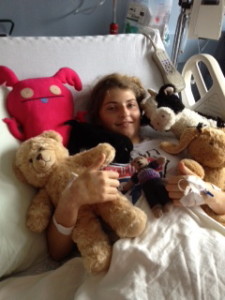 Hannah and Luke surmised that they could put on a concert and raise money to help people and causes battling cancer, and soon Hannah’s Crush Cancer Concert was born.  The first concert in 2013 raised over $18,000 for cancer related causes, and the second concert, which was a true ‘the show must go on’ moment just a month after Hannah’s death, raised over $30,000.

Given the generosity of all who participated and the significant amount of money raised, the Metzler family decided to establish The Hannah Metzler Memorial Fund as a means of continuing Hannah’s legacy of generosity and celebrating her giving spirit.

Learn more by reading About the Fund here. 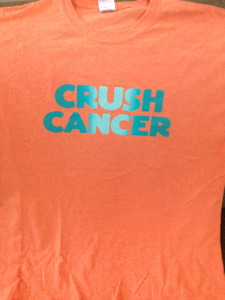 Though cancer took its toll on her body (you can see the effects of the disease and treatment in pictures on this site), Hannah’s mind, wit and spirit stayed sharp.  Mostly, she cared for others whether in the high school hallways, the choir room, drama rehearsals or the field hockey field.  But her caring spirit and generosity became most evident during her greatest challenge as she orchestrated her Crush Cancer Concerts.  Moreover, Hannah wanted more good to come from her suffering, so she planned to donate her organs to those in need and her body to scientific research.  An autopsy was performed, and her brain samples were taken and shared for research purposes.  Due to the tumor spreading through her brain stem, she was not able to donate her solid organs, and her body could not be used for medical school.  However, she was able to give her corneas to a deserving recipient.

Through the concerts and her fund, her legacy of giving lives on.